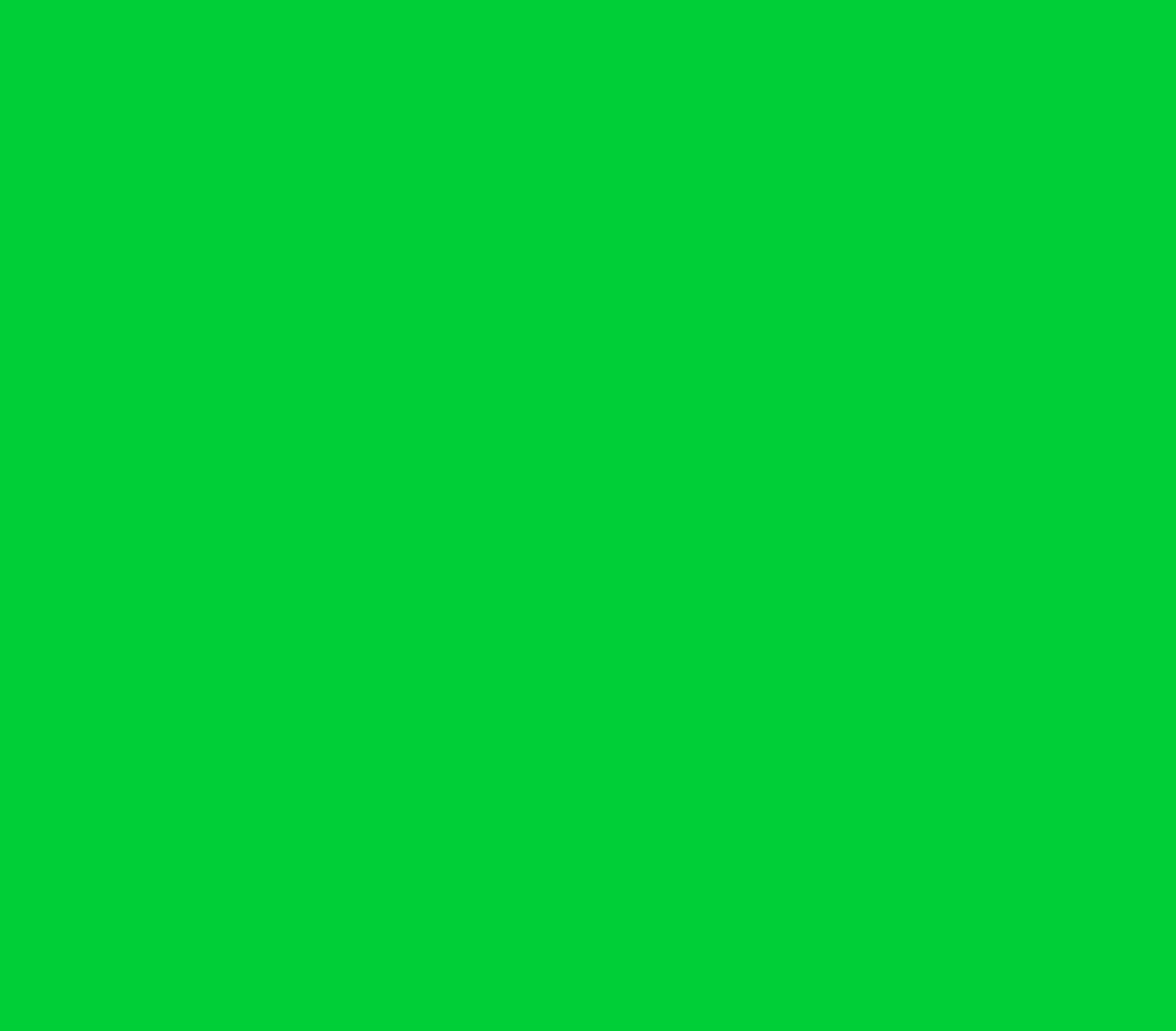 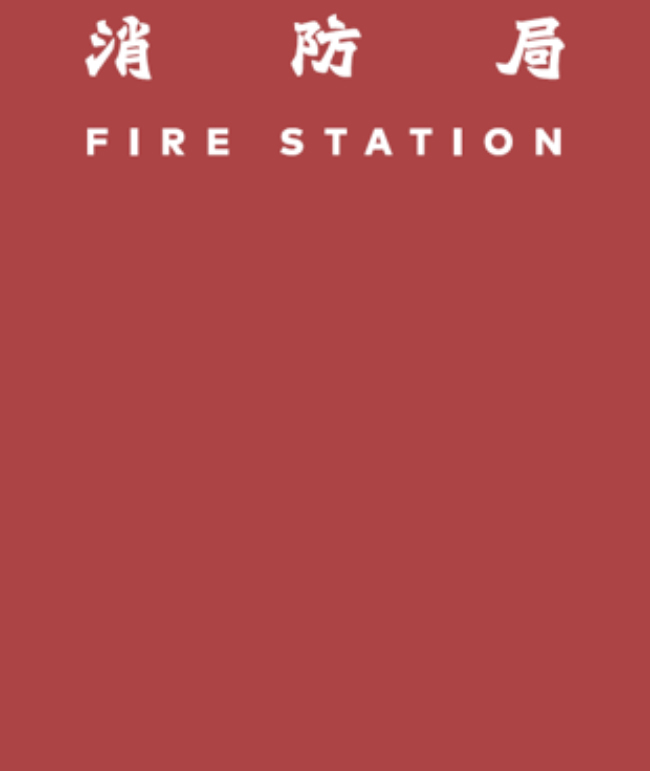 Designer：Adonian Chan
The font “Hong Kong Beiwei” was once a font most commonly used in Hong Kong, both among the communities and in official level. It was widely used on street signs, packaging, tea cans, advertisements, publications, notices, even on gravestone. “Hong Kong Beiwei” can easily be found on public facilities & signage. The clean and simple background, tiny font size with wider spacing, the typography arrangement violates the usual reading practice, yet elegant and neat. In this design, CHAN used “Hong Kong Beiwei Zansyu” to recreate the Chinese word of “Fire Station”, and matched it with the modern looking font “Mark Pro” to create a clean look, yet shows the solid foundation of Hong Kong culture subtly. 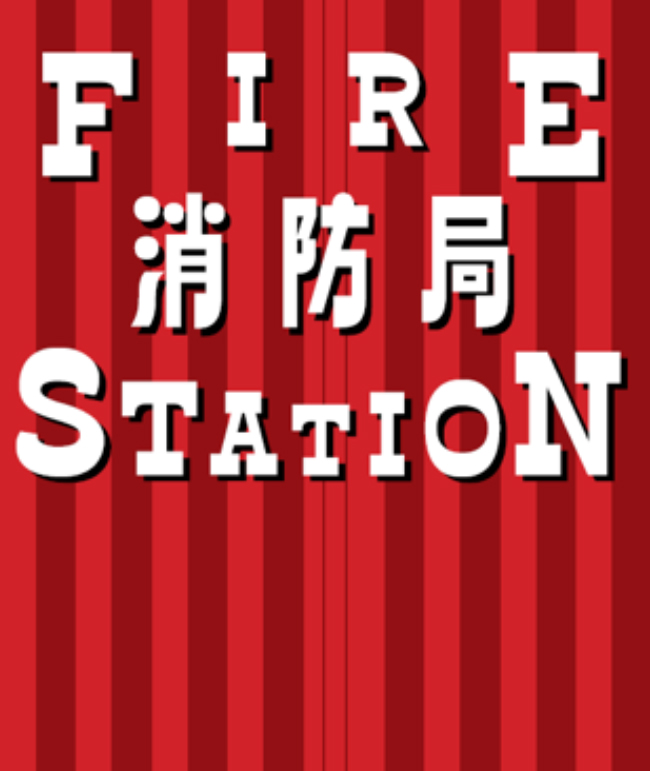 Designer：Calvin Kwok
“Whenever I saw the red folding gate at a fire station, I would be attracted by the unique shape of the gate and the text on it. Because of the special design of the folding gate, the front of a fire station creates an illusion of a theatre stage when you view it at a distance.” KWOK once developed a font inspired by movies. KWOK decided to incorporate the font to match the unique shape of the gate. Moreover, to add a sense of friendliness to the professional and strict fire department. 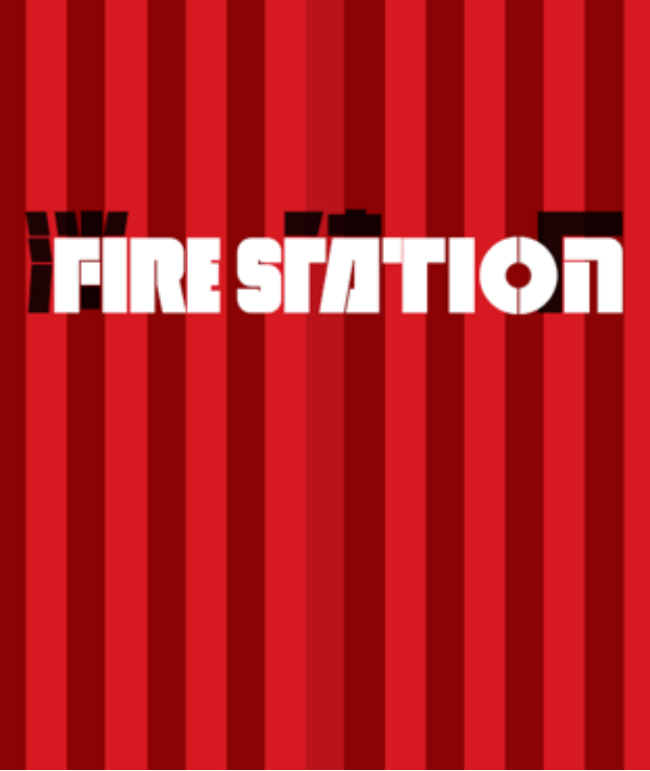 Designer：Choi Kim Hung
Developed from stencil form as the basis, the new typography design links with the original type on the gate of the fire station. Not only does the bilingual text represents the unique Hong Kong culture of East-meets-West, it also visualises the speciality of firemen for being reliable and keep up with the times. 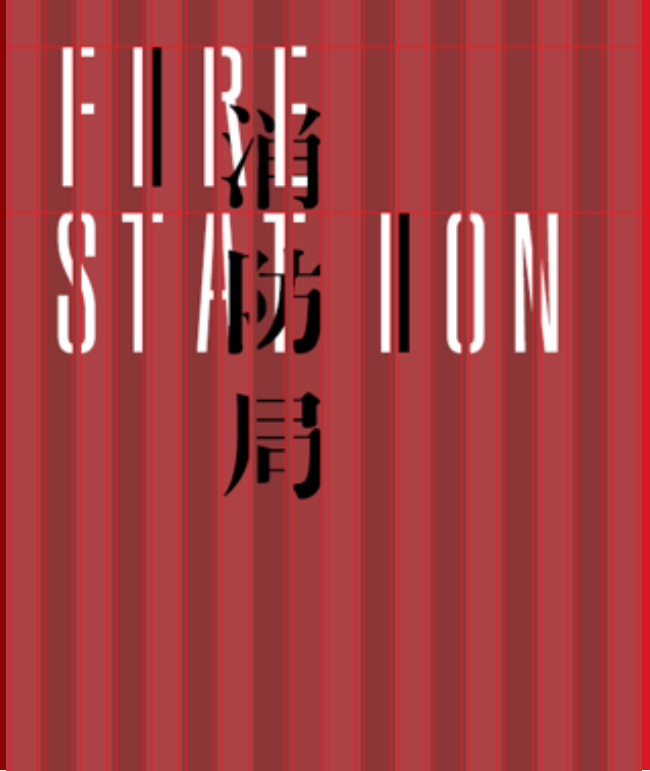 Designer：Renatus Wu
Hong Kong has always been a place where the East and the West intersect and where Chinese and Western people congregate. The two languages may be vastly different, yet they are the rare few whose characters can still be clearly distinguished when layered on top of each other. Over decades, this has irrefutably become a literary landscape unique to Hong Kong.

Designer：Mak Kai Hang
Stencil Printing is a traditional industrial printing technique widely used on street shovel, wooden doors, steel, wall and other common materials on the street.
Because of the relatively simple technique, it is easier to operate and can highly preserved after printing. The technique is mainly used on logo, warning slogan design. It is also a popular technique among street artists. In order to match the characteristic of the fire station gate, graphic designer, Mak Kai Hang used a custom-made font "Mechanical Mincho" with stenciled hollow processing features, custom-designed "Fire station’ in Chinese, to pay tribute to the street text.

Design District Hong Kong (#ddHK) aims to illustrate an authentic culture that resonates with locals, and lead tourists on an in-depth tour of creativity to discover a different Hong Kong. For generations Hong Kong has been recognised as The Land of Hong Kong (香港地), a local nickname that not only hinted our collective culture and passion for the city, but also chronicled the blood, sweat and tears, if not memories of all HongKongers who helped shape the city throughout the ages. This project is, indeed, a love letter to the land of ours.